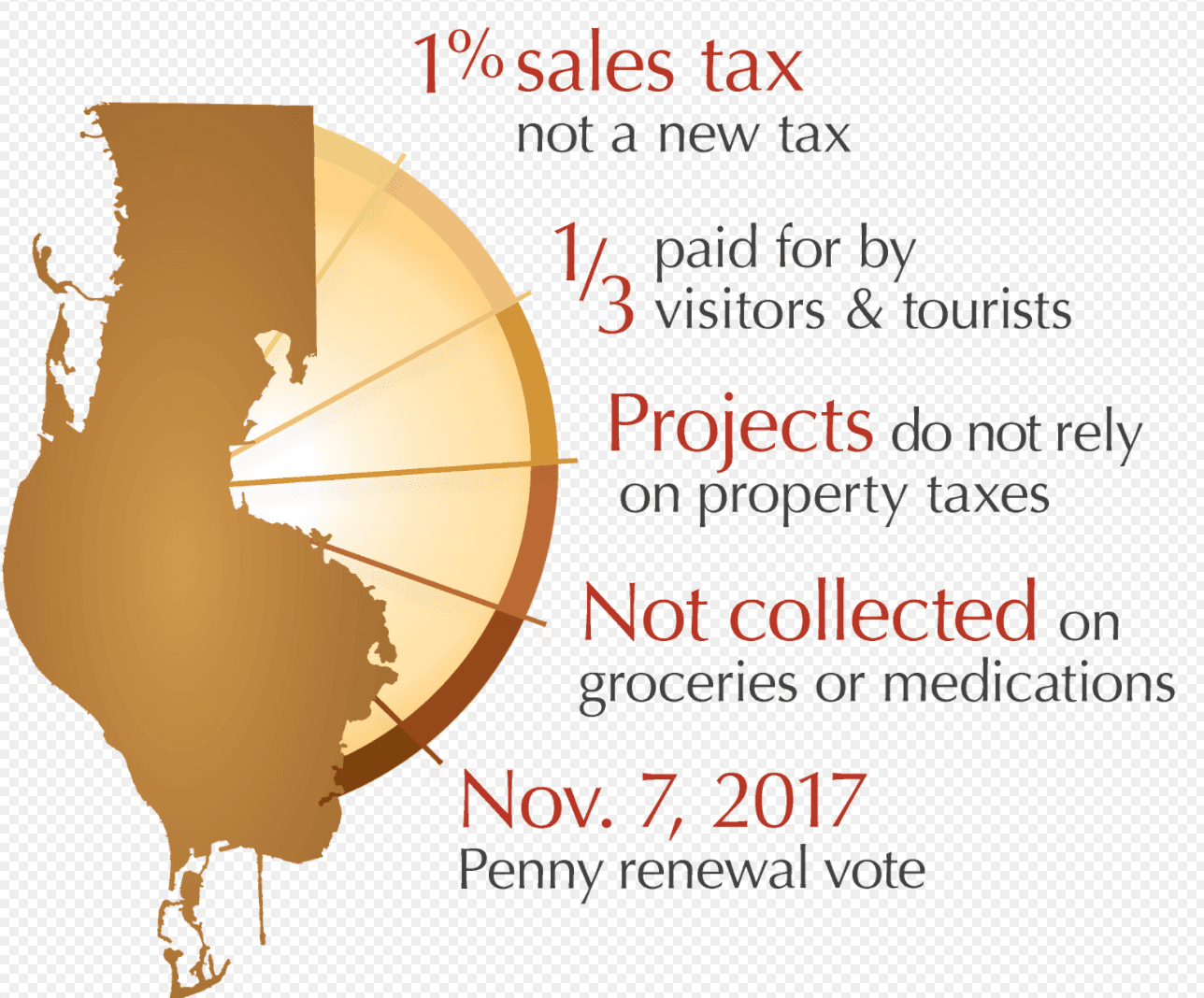 
On November 7, 2017 Pinellas County residents will cast a vote on the renewal of the Penny for Pinellas 1-percent sales tax. Since 1990 the Penny has been the primary source of funding for countywide capital improvement projects, such as roads, bridges, parks and public safety equipment. The revenue is shared between the county and cities to fund everything from large projects such as the Fred Marquis Pinellas Trail and the Belleair Causeway Bridge to neighborhood sidewalk and drainage improvements.

The 1-percent sales tax adopted by Pinellas County residents and numerous other local governments allows communities to make critical investments in infrastructure without relying on property taxes. Because the Penny is a sales tax, approximately one-third of total funds are paid for by tourists and seasonal residents who spend money in the local economy. The tax is not collected on groceries, medications and other essentials, and it only applies to the first $5,000 of a purchase.

The Town of Indian Shores’ Gulf Boulevard Beautification Project is being funded by the Penny for Pinellas tax which besides the new streetscape/landscaping includes the new Town signs.

Voters in Pinellas County first approved the Penny by referendum in 1989 and subsequently renewed it two times in 1997 and 2007. The current Penny is expected to generate $1.5 billion for county and city capital projects by the time it expires in 2020. Over the next year the county and cities will be gathering input from residents and making plans for projects and programs that could be funded if the Penny is renewed again. Voters will be asked to make that decision on Tuesday, November 7, 2017.


Indian Shores Projects Paid for by the Penny: