Sharks have prowled the Earth's seas for over 400 million years. Their size, power, and tooth filled jaws fill us with fear and fascination. Among the most likely sharks to attack humans is the bull sharks and they favor shallow coastal waters, the same place humans prefer to swim.

Sharks belong to a family of fish that have skeletons made of cartilage, a tissue more flexible and lighter than bone. They breathe through a series of five to seven gill slits located on either side of their bodies. All sharks have multiple rows of teeth, and while they lose teeth on a regular basis, new teeth continue to grow in and replace those they lose.

Shark ‘skin’ is made up of a series of scales that act as an outer skeleton for easy movement and for saving energy in the water. The upper side of a shark is generally dark to blend in with the water from above and their undersides are white or lighter colored to blend in with the lighter surface of the sea from below. This helps to camouflage them from predators and prey. 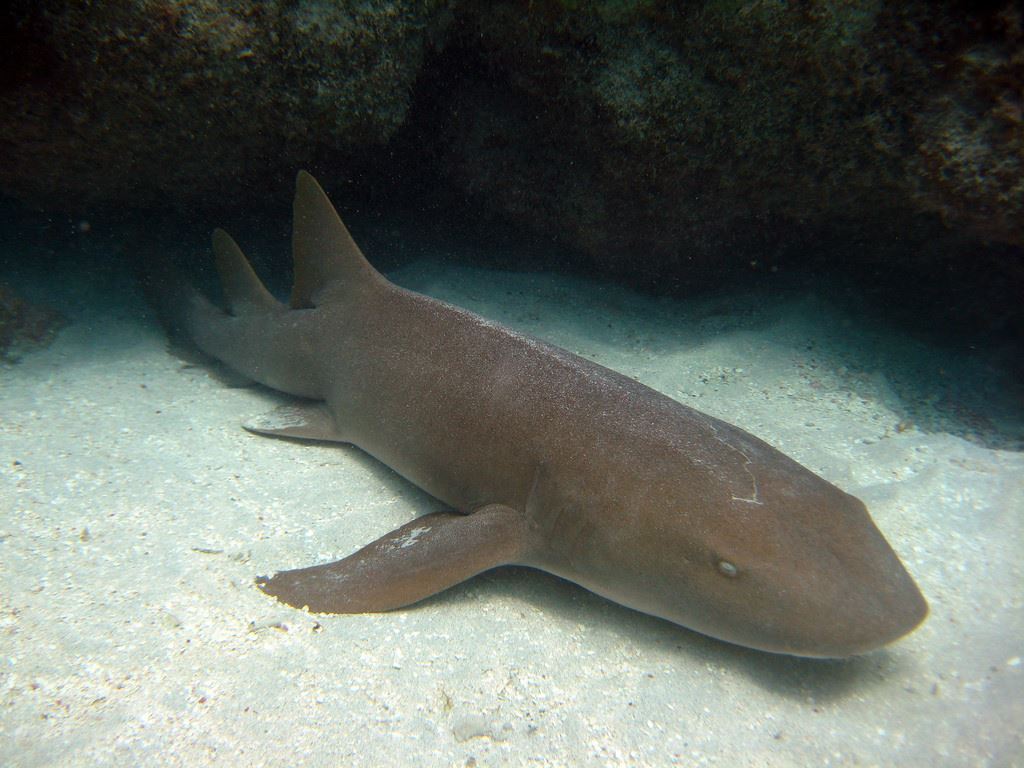 Most species of shark eat things like fish, crustaceans, mollusks, plankton, krill, marine mammals and other sharks. Sharks also have a very acute sense of smell that allows them to detect blood in the water from miles away.

It is difficult to estimate population numbers since there are many different species spanning a large geographic area. Sharks mature slowly, and reach reproductive age anywhere from 12 to 15 years. However, overall shark numbers are on the decline due to the many threats they face in the wild. This, combined with the fact that many species only give birth to one or two pups at a time, means that sharks have great difficulty recovering after their populations have declined. Soon after birth, shark pups swim away to fend for themselves and they are born with full sets of teeth and are able to feed and live on their own.

Sharks have adapted to living in a wide range of aquatic habitats at various temperatures. While some species inhabit shallow, coastal regions, others live in deep waters, on the ocean floor and in the open ocean. Some species, like the bull shark, are even known to swim in salt, fresh and brackish waters.

Most sharks are especially active in the evening and night when they hunt. Some sharks migrate over great distances to feed and breed. This can take them over entire ocean basins. While some shark species are solitary, others display social behavior at various levels. Hammerhead sharks, for instance, school during mating season around seamounts and islands.

Some shark species, like the great white shark, attack and surprise their prey, usually seals and sea lions, from below. Species that dwell on the ocean floor have developed the ability to bottom-feed. Others attack schooling fish in a feeding frenzy, while large sharks like the whale and basking sharks filter feed by swimming through the ocean with their mouths open wide, filtering large quantities of plankton and krill.

Find more information at the links below or contact the Florida Fish & Wildlife Conservation Commission at 863-648-3200.